How did I get into this mess?

There are clearly many instances where a predator finds someone to rape. Maybe they look for someone that is passed out or they use a date rape drug to make things easier or they just get someone alone, using threats or violence to cause submission. While I have worked on these cases, this is not what most of my clients have done.

Lies come from somewhere. People usually do not lie about sexual assault for no reason. They may feel used, regret, fear of a significant other finding out, revenge, or rejection. People can have a view of themselves that is not entirely accurate, especially young people. When that view is challenged, the response can be protective of the ego. A person may think they are moral and would never do certain things, so when they wake up and have to face who they really are or were last night, they can try to find a way out of their moral pain. An easy way is to play victim and blame others. Personal responsibility is a value because it is difficult. When a person with self esteem issues feels rejected, their response can be extremely strong. Harming others to avoid shame happens. Young people who still rely on others for their self-worth are especially dangerous when rejected, worse when they are rejected publicly. The person may try out being a victim to their friends and when the friends support it and give attention and love, it is nearly impossible for the victim to tell the truth. Mental health issues make these possibilities more likely.

Alcohol and other voluntary intoxicants can invalidate consent. Intoxication lowers inhibitions and helps people to make choices they would not if sober. This may cause a person to be more aggressive sexually. Sometimes their memory the next day is not as clear about their desire to engage. Sometimes, the shame of their actions causes them to blame others for their choices. The Title IX codes discuss consent and alcohol. According to most codes, consent cannot be given if a person is intoxicated, even if they are walking and talking pretty normal. It often has different rules for the accuser and the accused – suggesting that whomever makes a complaint first was a victim. The best course is not to engage in sexual behavior when either is using substances. But this is college and that suggestion is far from practical. If you get the sense that your partner is drunk, you should not engage in any heavy petting or sex. Have some make out fun outside the clothes and hope there is a second time when you are both sober. If you choose another path, you should try to have witnesses that see both of you and can remember. And when you are done, say nice things, get the phone number and get together again. Rejection is powerful and causes people to do the worst things.

Withdrawn consent is when a person willing engages in sex, but wants to stop and makes it known. Just because you are dating, it does not mean the person has consented to sex at any time or in any way. The mattress girl was dating her respondent and she says he raped her. This can be tricky in a false allegation. This is basically where the person later says they withdrew consent or said no. If the accuser is lying, we often need to find the motive for that lie. Michael Irvin of the Dallas Cowboys reportedly would record his sex acts to guard against false claims of rape. If you do make this recording, do not show it to anyone but your attorney – if you do, it is exploitation.

Sexual Assault with Force sounds like serious violence. But, the force can be minimal and still invalidate any consent. Threat of Force can also overcome the will of a person making any consent invalid. If you enjoy spanking or using toys that cause any pain or confinement, you need to be certain your partner fully agrees. This can also occur in a situation where there are multiple partners – a person can suggest because two people were having sex with them, they were scared for their safety. Threesomes, the devil’s triangle, can be a place of moral regret where a person feels used or less than, sending them towards a false claim of sexual assault.

Black out drunk, but still walking and talking like normal. This is not uncommon. People that drink quickly, especially on an empty stomach, can lose memory while still acting reasonably normal outwardly. This is especially dangerous for campus sexual misconduct, as consent while drinking is much different from criminal consent. When a person claims they were black out or do not remember, the Trauma Informed trained investigators see sexual misconduct. This is the case where both parties were black out drunk and have memory trouble, yet the accused will suffer. These definitions of consent may violate due process and equal protection, and in the case of private schools, fundamental fairness.

Any threat can vitiate consent. This includes a threat like, you can either have sex with me or I can tell all your friends that you had sex with me. This is not a threat of violence, but of harming reputation or social status. 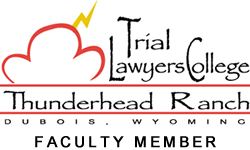 False allegations do happen. If you Google sexual assault false allegations, you will find numerous news articles suggesting that scientific research shows very few people make false sexual assault allegations. A fair reading of the research supports the opposite. Rather than only 2-8% falsely accuse, the article supports a finding that 20-60% of sexual assault allegations are false. The 2-8% number depends on a very specific definition of false allegation, that being one that has been proven false with an admission or solid evidence of falsehood. Of the remaining cases in the study, very few were proven to be true claims of sexual assault. The vast majority were inconclusive at best. Read the study and you will see this as junk science from biased authors. Many Courts refuse to allow this study into evidence because of these flaws. Note that no one says that 92-98% of sexual assault claims are true. The 2-8% statistic suggests that more than 90% are true, but that is a faulty reading of the study and the statistics.

See False Allegations of Sexual Assault: An Analysis of Ten Years of Reported Cases, David Lisak, Lori Gardinier et al, Violence Against Women 16(12) 1318-1334 (2010) (https://icdv.idaho.gov/conference/handouts/False-Allegations.pdf) – defines falsely report as proven false, specifically “a case was classified as a false report if there was evidence that a thorough investigation was pursued and that the investigation had yielded evidence that the reported sexual assault had in fact not occurred. A thorough investigation would involve, potentially, multiple interviews of the alleged perpetrator, the victim, and other witnesses, and where applicable, the collection of other forensic evidence (e.g., medical records, security camera records). Of the total, only 35.3% were considered solid enough to proceed, the remainder did not get referred for prosecution. About 60% did not have enough information, did not have a cooperating complainant, or were deemed not to be a sexual assault even if true. The study reviews broadly others’ work, but only specifically studies 136 cases from one university. No matter what you believe about true rate of false reports, it is definitely higher than 8% and could be higher than 50%.

This faulty statistic is a key component of Trauma Informed training. The investigators and decision makers in Title IX hearings believe the 2-8% number, and more importantly believe that 92% of claims are true.